VSCO Film for Adobe™ Lightroom and Adobe™ Camera Raw is a combined set of Presets and camera profiles that give superb film emulation for digital files. I still use film myself from time to time, and I don’t believe that film is dead. So when I see companies bringing out film emulation sets, it encourages me that the look of film is still wanted. I wouldn’t want to be shooting film for social shots for events or my local paper, but for my fashion and model based work I still do. 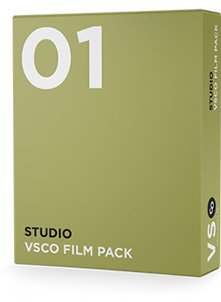 So what’s in this pack? Well after running the OS X app to install them (There’s a windows app too) and entering the serial number, I restarted Lightroom to see 4 new folders in my Presets panel: VSCO Film – Canon, VSCO Film – Nikon, VSCO – Standard, VSCO Film Toolkit. The Canon and Nikon sets use custom camera profiles*, while Standard doesn’t.

The first 3 are the same presets, but for different camera systems. There are 6 colour film and 3 black & white film options: Fuji 160C, Fuji 400H, Fuji 800Z, Ilford HP5, Kodak Portra 160, Kodak Portra 400, Kodak Portra 800, Kodak T-MAX 3200 and Kodak TRI-X 400. Along with the standard rendering from each film, there’s also a – and + version, which have a reduced effect, or an increased effect on the photo. Looking at the actual Preset file, the preset affects most of the parameters in Develop, but seem to leave Exposure alone, which is a good thing.

So could you just create these presets yourself? Well not really, because each preset references a custom camera profile for each film, giving a unique look that’s not as simple as applying a few develop settings.

In addition to the Film presets, there’s a toolkit that allows you to do quick image corrections. These range from toning, to fading shadows, fixing contrast or saturation, to vignetting. As each of the presets in the toolkit are self contained, they are stackable, meaning you can add them together to get new looks. I’m an advocate of this type or preset because I believe them to be the most useful.

So what about the quality of the presets? I don’t have each of the films on hand to do a comparison, but I can compare them side by side. 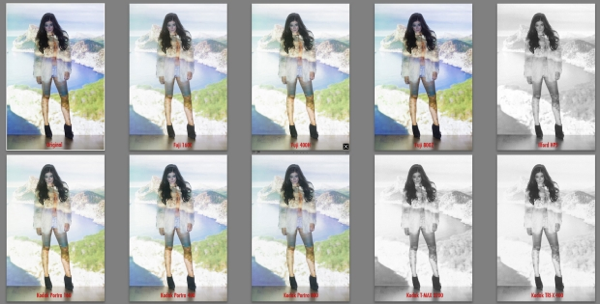 One thing not visible in this size view is the added grain, that helps seal the look, so here’s a closer view: 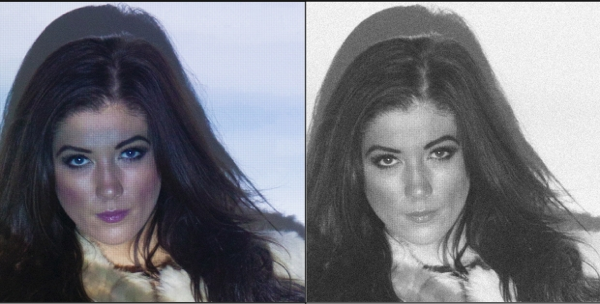 Overall I feel the Presets do a good job of film emulation. However, one thing that’s obvious to me is that the selection of film types is heavily geared towards people photographers. There’s no Velvia or Provia or even VC options for the Portra. I’m also a Fuji Reala user, so I’d like to see this look in there. With the current retro craze, a lot of these film looks will satisfy those users. Combined with the Toolkit presets, it’s easy pick a film, add a highight tone, add a shadow tone and then fade to create a unqiue look with a few clicks. To me, this is the key to a product like this. It’s not just 9 looks with minor variations, it has the potential for hundreds of different looks based around the unqiue camera profiles for your camera system. Of course, when you build up a look you like from them, you can save them as a new preset, with the benefit of the custom camera profile being part of the new preset.

The Standard Pack is $79, the Pro pack is $119, while the Studio pack is $199. If you’re on one of the Pro pack camera systems (Canon or Nikon), then that may be a better buy than the Studio pack. As to whether these Presets offers good value? That can only be up to the user. If you want to get a film based look quickly, but with a range of options to finish that look, then this product does that with bells on. Personally I feel the price is on the high side, but I don’t drive a Porsche either, no matter how beautiful I think they are! If these presets give you the look you want, then the price shouldn’t be an object.

To get more information about these presets, and to see both videos and testimonials about them, go to the Visual Supply Co website.