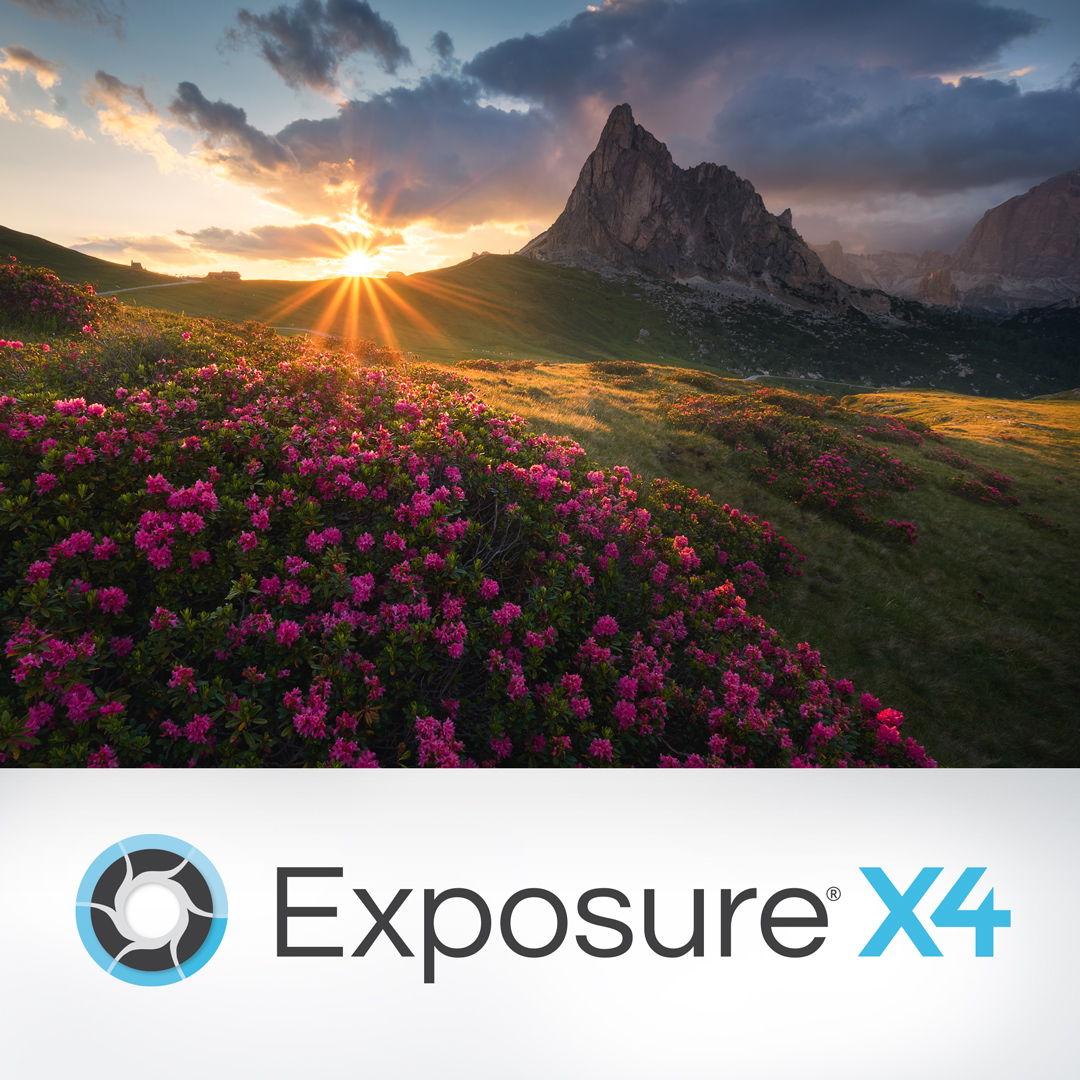 Ever increasing in depth and likeability, Alien Skin have launched the X4 version of their raw processing and file management app Exposure. It’ll still work as a plugin for Lightroom and Photoshop though, and works well alongside those applications.

Alien Skin are always working towards improving everything about the app, and to me it feels smoother than X3. So lets dive in: 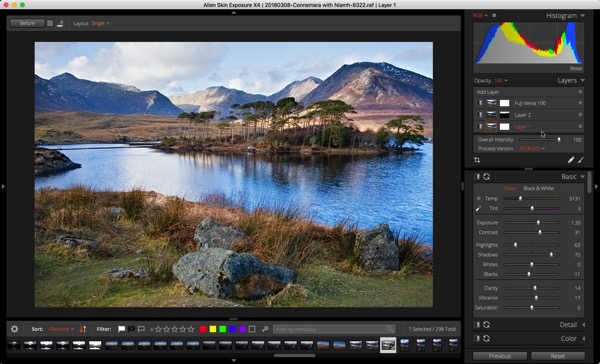 Shadow and Highlight Recovery Improvements The fastest tools to smooth out dynamic range are the Shadow and Highlight tools. These effectively act as tone mapping tools, allowing you to bring down bright highlights and open up shadows to see more detail in the shot. 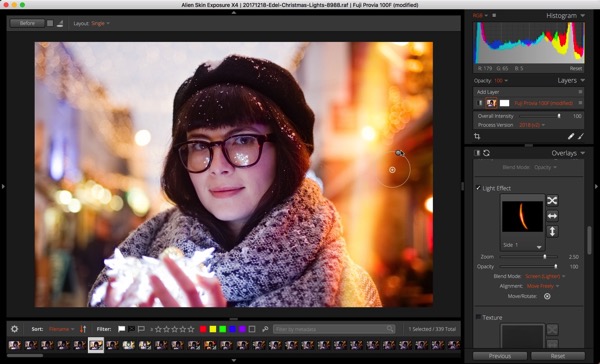 Light Effect now fully Adjustable Before X4, you could zoom and set opacity as well as shift orientation with Light Effects. Now you can move and rotate them as well, making for a powerful tool for making unique photos. Simply select one of the new Light Effects and grab it by the tool centre to move it. Use the rotate handle to spin it. 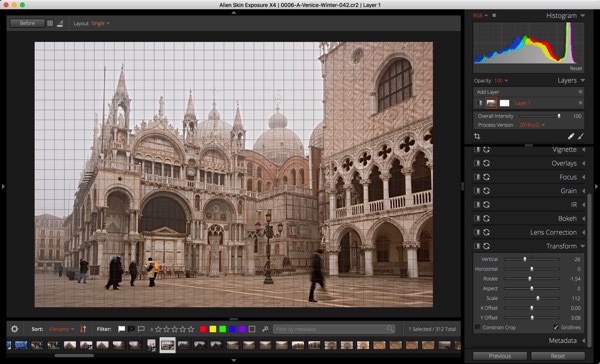 Transform tools to easily correct tilted or skewed perspectives. For those familiar with Lightroom, this is similar to the manual controls in the Transform panel. Vertical is used to make tilting walls parallel, while Horizontal helps line up floor and ceiling lines. Turn on the Gridlines option to help with this. Rotate changes the angle of the photo. Aspect allows you to squish or stretch the photo to compensate for where the opposite issue is caused by your correction. Scale lets you zoom in and out to see the edges. The X and Y Offsets allows you to move the photo around inside the frame. Finally Constrain Crop automatically crops in to hide any transparency that occurs from the transform. 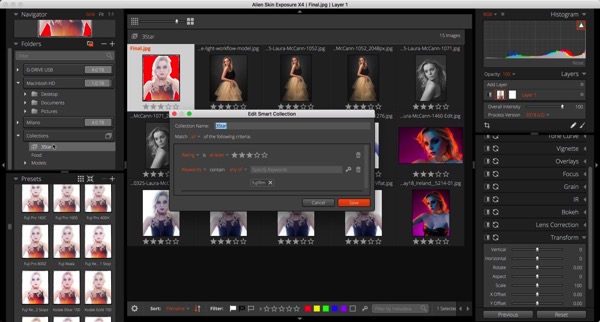 Smart Collections Automatic criteria based collections that help you automatically organize your photo library are now available. Click on the Collection header and choose ‘New Smart Collection’. From the dialog, choose the mix of criteria you want to specify. X4 will populate the collection with matching photos. 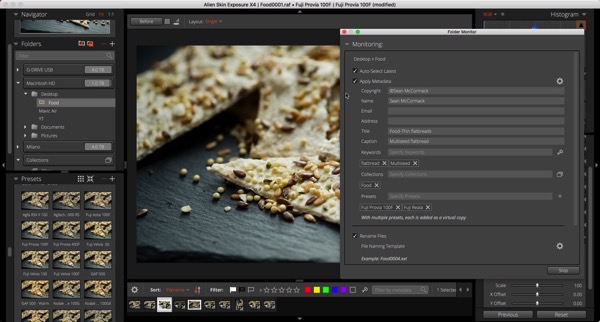 Monitored Folders Useful for tethered shooting so you can edit and cull during a shoot. It also allows the client to see photos as they’re produced, often resulting in a faster feedback loop, allowing the job to be completed in less time. Using your camera’s tether software, simply right click on any folder in X4 and choose Monitor Folder to have Exposure show those files as they come in. You can add metadata and preview a variety of Presets on import as well using automatic Virtual Copies. Here’s a video on this feature: 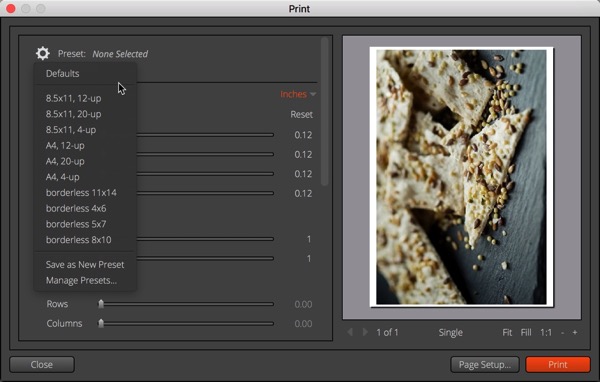 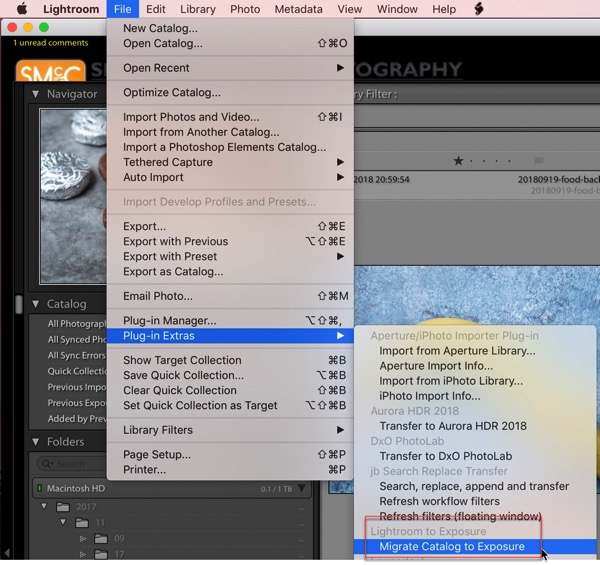 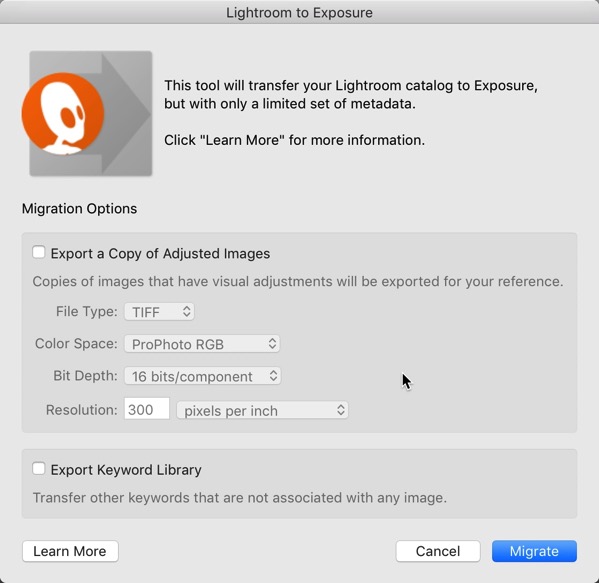 I’m a fan of Alien Skin Exposure and X4 serves to drive the app into better territory with the new file management and development features. While the tethering still relies on an external app, it’s done well here. Transform is a welcome tool, and while it lacks the automatic and guided features in other programs, it doesn’t make it less useful.

You can download a free 30-day trial of Exposure X4 from the Alien Skin website. The full price is $149, but owners of previous versions can get it for $99.

My Tube Story: Starting to light paint with Tubes ala Eric Paré

Getting Lightroom 6 (Not CC)