After a rather ‘leaky’ day Lightroom 3 Beta 2 is officially out now. It’s been 5 months or so since Beta 1, so lets have a look at some of what’s new since the last Beta.

Luminance Noise
The new noise reduction in Lightroom 3 is now looking a lot more complete. Chroma noise in the first beta really gave us a taste for what was to come and Luminance certainly fits in with the new look. For me this makes the use of external noise reduction tools a moot point. I’ll still use Neat Image for skin smoothing, but not for noise removal. Of course the big plus on this is that it’s all kept with the Raw file. I shot a lot of high ISO images for concerts and gigs, so this is an absolute delight for me.

Point Curve
While the current Tone Curve in Lightroom is really intuitive, I find that being able to select and move the points on a curve much more powerful. The lack of restriction in movement also means that solarising and other colour bending effects are now available in Lightroom. Of course it’s easier to mess up an image so users can opt to use which ever curve they feel most comfortable with. 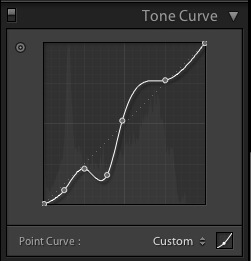 Tethering
Yes! With this beta you can now tether directly to a number of Canon and Nikon cameras. This support will be extended in the future. For now it’s just a remote shutter button, but hopefully the future will provide camera control. For Canon users, it’s a convenience, but for Nikon users it’s saving having to purchase Camera Control Pro for even basic tethering.

Video Import
Can I cry? At last, at last! Some of you may remember that last year I played a joke for April 1st about Lightroom 2.4 handling video. While a few people did buy the gag, I’m delighted to say that my wish for Lightroom to manage my 5DII and 7D videos is now fulfilled. There’s no editing, and you can only export the original file. You can however add metadata for file organisation. Clicking a button on the thumbnail, or below the index image in Loupe will open the video in Quicktime (Mac) or Windows Media Player(PC). I’ve been able to import my Lightroom generated timelapse movies too, completing that cycle within Lightroom. 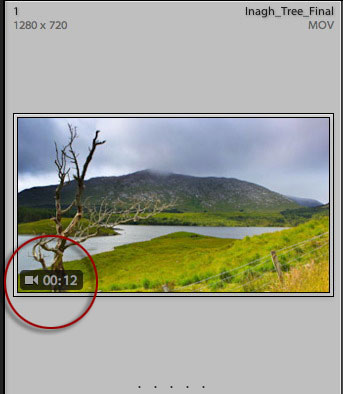 Import
Import has improved a lot since Beta 1. One nice addition is a Loupe view with memory cards, so you can browse the card before deciding what images to import. As mentioned, video import is supported.

Process Version
While Beta introduced the new process version, they have year based names in Beta 2 and have better visibility in the UI. So instead of Process Version 1 and Process Version 2, we now have PV2003 and PV2010. The warning icon for PV2003 is now on the bottom right of the image, instead of practically hidden in the Histogram panel.

Watermarking
Watermarking has come a long way since B1. The tool is now better fleshed out with more controls and options. Also you can use it in Slideshow now!

Other bits.
Spot removal is now called using ‘Q’ from Library and Develop, while N calls Survey from Develop, as well as Library.
In Crop, X now rotates the crop.
Print PPI is now maxed at 720ppi instead of 480.
New Vignette options. Post crop Vignette can do an LR2 version, a Lens Correction version, or a new version that avoids colour changes in the vignette area.
New cameras have been added including Canon EOS 550D (Rebel T2i / Kiss X4 Digital), Olympus E-PL1, Panasonic G2, Panasonic G10 & Sony Alpha 450 (A450)
With the Adjustment Brush set to sharpening, below -50 acts as lens blur. The lower, the more out of focus it acts. Stacking brushes can effectively blur an image.
For Export Presets, you can opt to choose the destination folder when you run the preset. Speaking of Export, you can also fix the export size of the image. Useful if you’ve an upload limit.

That’s a quick summary of some of the changes so far. I have to say that the improvements in image quality are the real boon in Lightroom 3, more that all the things that make a nice list.

For a more comprehensive list of features, check out the official Lightroom Journal post launching the Beta.